being faithful in the madness


The following is a sermon scheduled for tomorrow morning, November 13.  At this time, it has been four days since the election of Donald Trump as the 45th US president.  There have been protests each night in Portland from Wednesday through last night.  There have been many conversations that I have personally had with angry people from all walks of life, and many more conversations that I've witnessed online and in person.  There is a tremendous amount of tension.  This sermon attempts to speak a word of hope and to give some practical advice for how the church can and should engage the world. 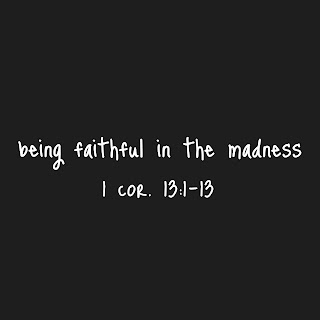